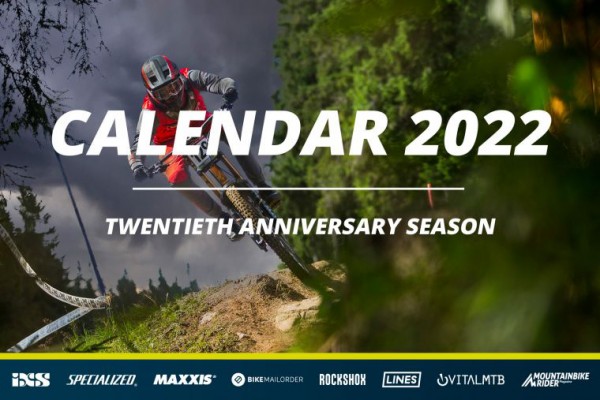 After two consecutive years that yielded extreme challenges, for reasons that are generally known, we are happy to share a packed race calendar for the upcoming year. Below is a preview of the 19 planned races for the iXS Downhill Cup.

There is something to celebrate as we approach the upcoming race season. For one, it appears that this ever-looming pandemic may no longer have an influence on races and, secondly, 2022 will ring in the twentieth anniversary season of the iXS Downhill Cup. As of now, 19 races, split amongst three race series- iXS Europaen Downhill Cup, iXS Downhill Cup and Specialized RockShox Rookies Cup- have been planned and are hopefully feasible.

We are stoked that many races are returning after cancelletions due to the pandemic and consequential travel and event restrictions. However, the most striking aspect is the geographical expansion of the series, with the addition of races at two venues that are located outside Central Europe- Croatia and Norway.

Naturally nobody is certain what the next season will look like and whether or not restrictions will be implemented again. There are great hopes that the winter season will run more or less normally, as the financial situation of venue orginisation often heavily depends on this. We would like to assume that, in the future, the situation will become increasingly manageable, as it was shown in 2021 that downhill races were feasible to carry out with respects to pandemic related regulations. Thus, we remain optimisitc for what is to come in 2022!